Yes.  In April.  You get used to this sort of thing.  I don't mind it, really.  I'd much rather snow than frost. 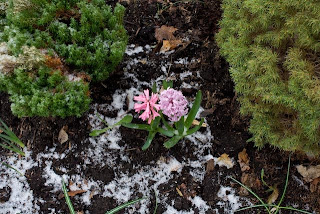 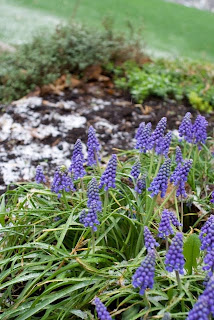 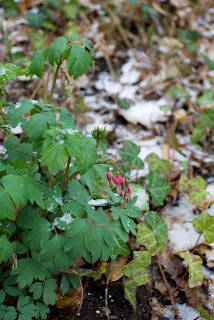 And the snow looks so pretty against all my flowers that are coming up.  I can't believe my bleeding heart is flowering so soon.  But it's pretty... I should go check my Forget-me-nots later.

Also, a couple of guys in my house are going to be really happy.  The younger one more so, but the older one too.  Because they get to play with this! 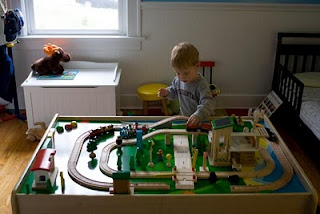 We bought the baby a train table, after looking into if it would be more economical to build one ourselves, or just get one.  This was inexpensive and went together in about 2 minutes.  Literally.  It's the Kid Craft Train Table, ordered from Amazon, and the table top itself is reversible.  It's solid green on one side and has a road and trees and water on the other.  The baby is smitten. 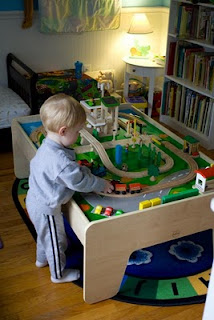 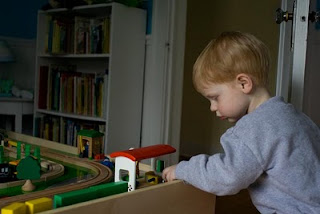 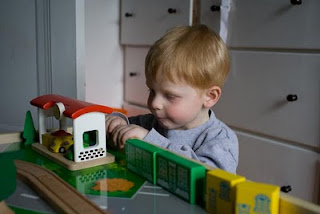 I think this will keep him occupied until he can't stand up anymore... Now I just need to decide if I'm going to move the room around at all to give him more space to maneuver...
Posted by Hrach_Garden at 1:55 PM