Running 15 miles, and trying to photograph a 3 year old.

Yesterday I ran 15 miles.  I am still not sure how I managed it.  I think it helped that I took a couple of wrong roads, and forced myself to keep going.  I chose an entirely too hilly of a route, but it was such a beautiful afternoon, and the breeze was amazing that I just kept going.  I didn't have my camera with me while I ran, but I drove back some of the route today and photographed some of the views... the photos really don't do it as much justice as being there... 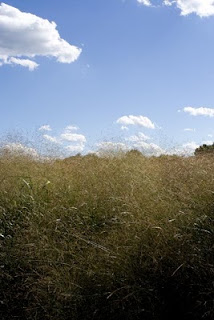 I'm not sure what kind of crop this is, but I love how soft it looks.  Some kind of grain?  Alfalfa?  I passed a few of these fields in the first couple of miles. 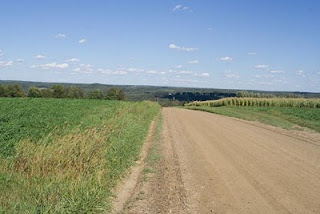 Came to a dirt road and turned up it, as it led up to the sky and I couldn't stop.  It ended up being the correct road... and just opened into this 360 view of the countryside... 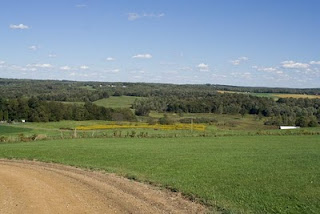 At about mile 13.5 I was hurting, so I called my retrieval crew, and he met me just after I has passed 15 miles.  I was pretty sore last night and a little this morning, but I feel really good right now.

Took the little guy to a nearby playground and let him run wild.  It is IMPOSSIBLE to photograph him right now.  I am not sure how many pictures i threw out to come up with these. 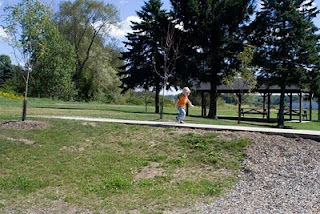 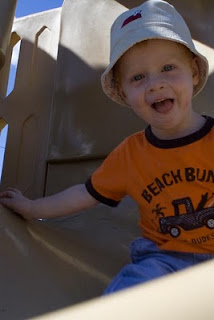 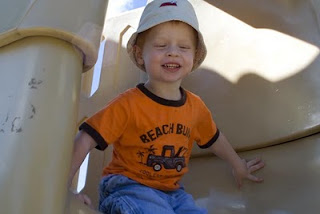 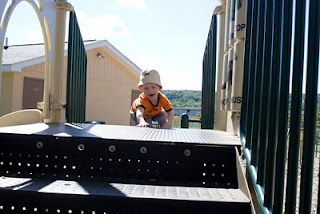 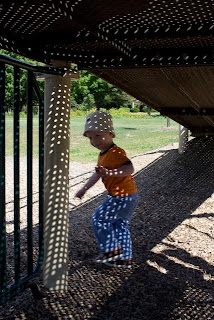 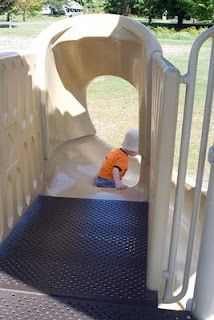 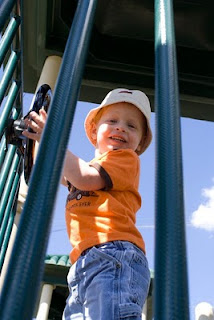 Three in 4 days.  He also attempted his first photograph himself: 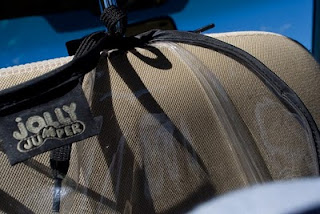 Was the back of the driver's seat, but he did a good job!
Posted by Hrach_Garden at 4:45 PM