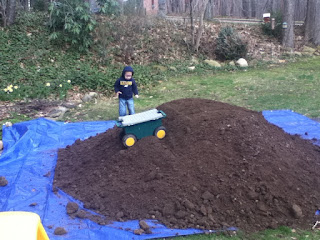 Eli was thrilled.  3 yards is about... six small pick-up trucks full of dirt.  A big dump truck dropped it off... I figure I probably saved money having them deliver it than driving six 40 minute round trips with gas prices being what they are.  So I had a large tarp, spread it out, and the nice gentleman dumped the "super-soil" (a mix of compost and topsoil).  I paid him and he was off!

Eli and I started filling the beds yesterday, and finished up this morning. 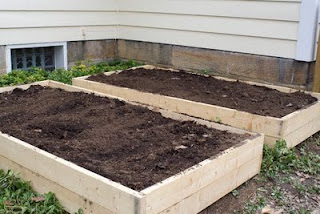 I put a little of my own compost from the backyard (with worms) in the beds as well, and smoothed out the tops.  It was kind of back breaking, but I wanted to get the soil in before it rained today, which I did!  Whee! 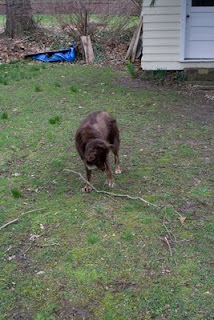 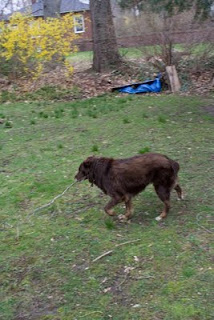 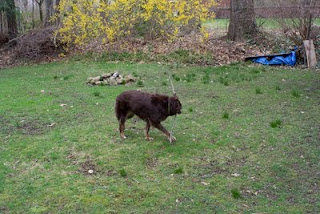 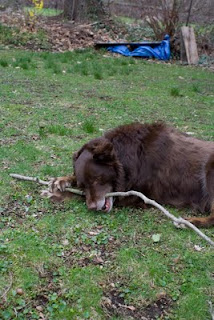 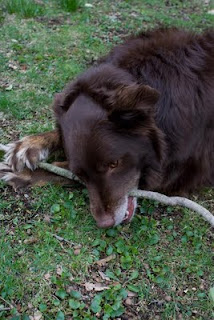 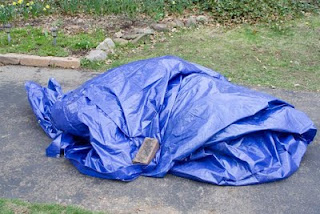 The remaining soil.  I still think it's at least a yard left, maybe a little less... but I think i'm going to build another bed in the front yard, a garden bed, not necessarily a raised bed, and move my couple of blueberry bushes into a sunnier area. 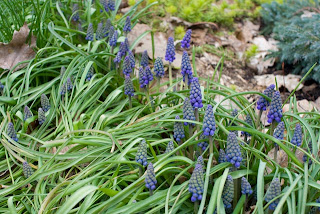 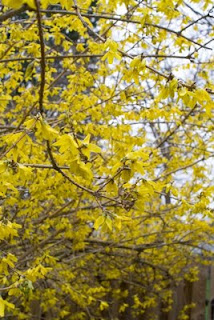 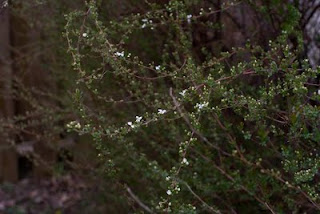 Flowering shrub beside the house... not sure what this is, but It's very pretty... tiny tiny flowers. 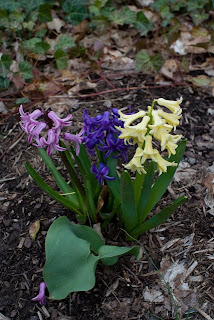 So event though it was pelting snow a bit yesterday and this morning, spring is trying to make an appearance.  Now if it would only get a tiny bit sunny so my lettuce will sprout...
Posted by Hrach_Garden at 12:58 PM