Been sleepy all day today.  Maybe because I woke up before 6, then the kiddo was up, so I just stayed up.  Today was a tidying up day.  I cut the little one's hair, then decided the dog might as well get trimmed too (I used different scissors).  Had a friend stop by to visit after lunch, then decided to do some work outside.

I finished up most of my garden putting to sleep, then decided to split some perennials while I was thinking about it. 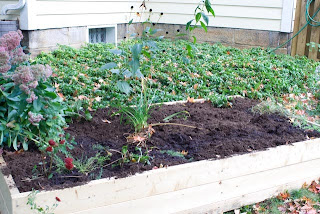 I moved some Black-eyed Susans, several types of thyme, some sedum, some pinks, and several other things that I'm not sure what they are, but I'll find out next spring/summer when they bloom!  I think I got some phlox, some type of lily, some mums, and a bleeding heart.  I'll be happy if these splits thrive.  I know the soil is pretty nice, but I hope there is enough sun. I also mulched them with the rest of my early summer mulch.  Good luck little perennials! 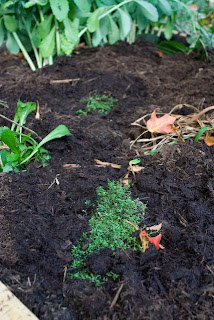 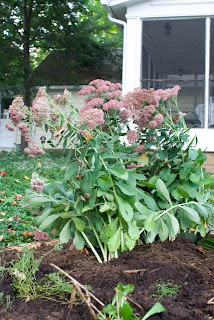 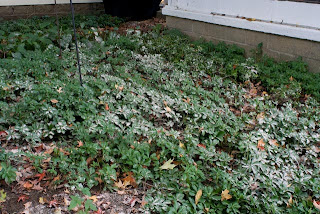 I also limed the garden under the pine tree.  The ground cover gets sparse, due to maybe acidity, or an Australian Shepherd running around in the stuff... but liming it last fall seemed to encourage it to grow this summer, so I'm hoping for the best for next summer as well. 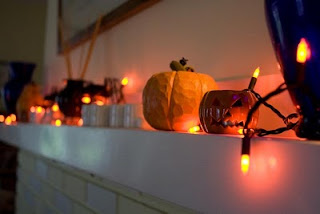 I also put up some Halloween decor.  I do get too crazy, but I do like the house to feel somewhat seasonal. Boogily Boogily!
Posted by Hrach_Garden at 5:16 PM