So I have a new project.  Since I finished painting the bedroom, and it's mostly decorated, and I finished re-screening the screen porch, since little fingers/paws/noses have enlarged holes in the screen which were there when we moved in... Stripping the radiators!

My husband has been on me for a while about how the paint on the radiators is robbing us of money and efficiency!  So goodbye painted radiators.  Hello antique looking metal. 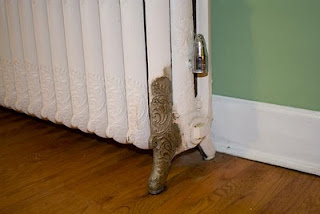 I actually think it's going to look really nice.  I'm using a goop called Citristrip.  It seemed to work in about 4 hours on the radiator.  I wanted to test a small portion, and it just wiped right off.  I think tomorrow I'll spray most of it with the stuff before we head out in the morning, then see what has happened by the time we get back.  It does smell like oranges, but I don't think I'd want to sleep in the same room where the stuff is doing it's work. 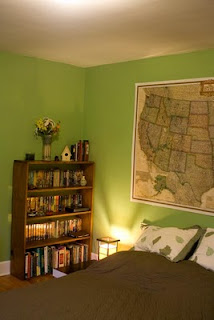 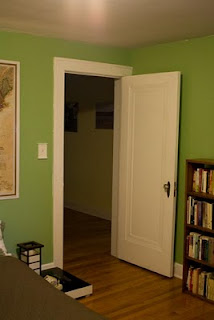 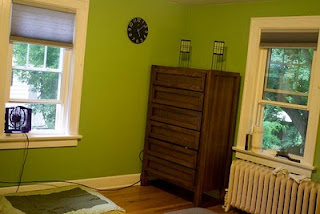 I think the green came out pretty well (It looks kinda yellow in the last pictures from the interior light.

The Screen porch also looks great.  I still have a little trim on the outside to finish... and you really can't tell from these photos that there is screen there... but it's unripped and great!  I promise! 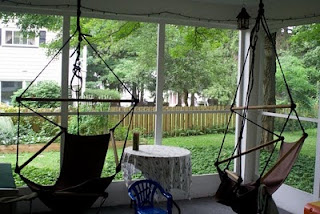 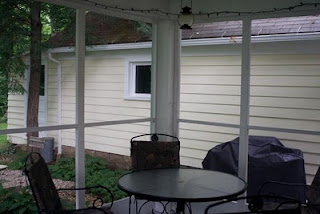 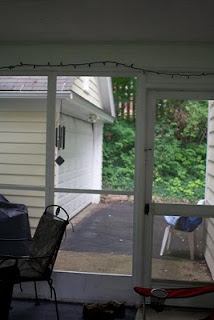 Tomorrow, maybe off to get new couches that aren't 24 years old.  Woo.  And maybe a chaise lounge!!!  I'm thrilled.
Posted by Hrach_Garden at 6:24 PM

The title of this post was very misleading. The house looks great though. Nice work there.